Eastborough Head buoy is , I've been told, 9 miles out from L.A. I prefer to think of it as about 7 1/2 nautical miles as It doesn't sound so scary!
I whizzed out there at breakneck speed on a flat sea, stopping for some mackerel about half way and noticing a couple of charters doing some drifting over , what might possibly have been, East Ditch (mental note made).
Arriving at the mark, that eerie bell on the buoy was clanging away so I decided to anchor up on the sandbank in 35ft, far enough away to be just out of earshot. Mackerel flapper on 10/0 circle on the heavy, and fillet on 6/0 on the light. 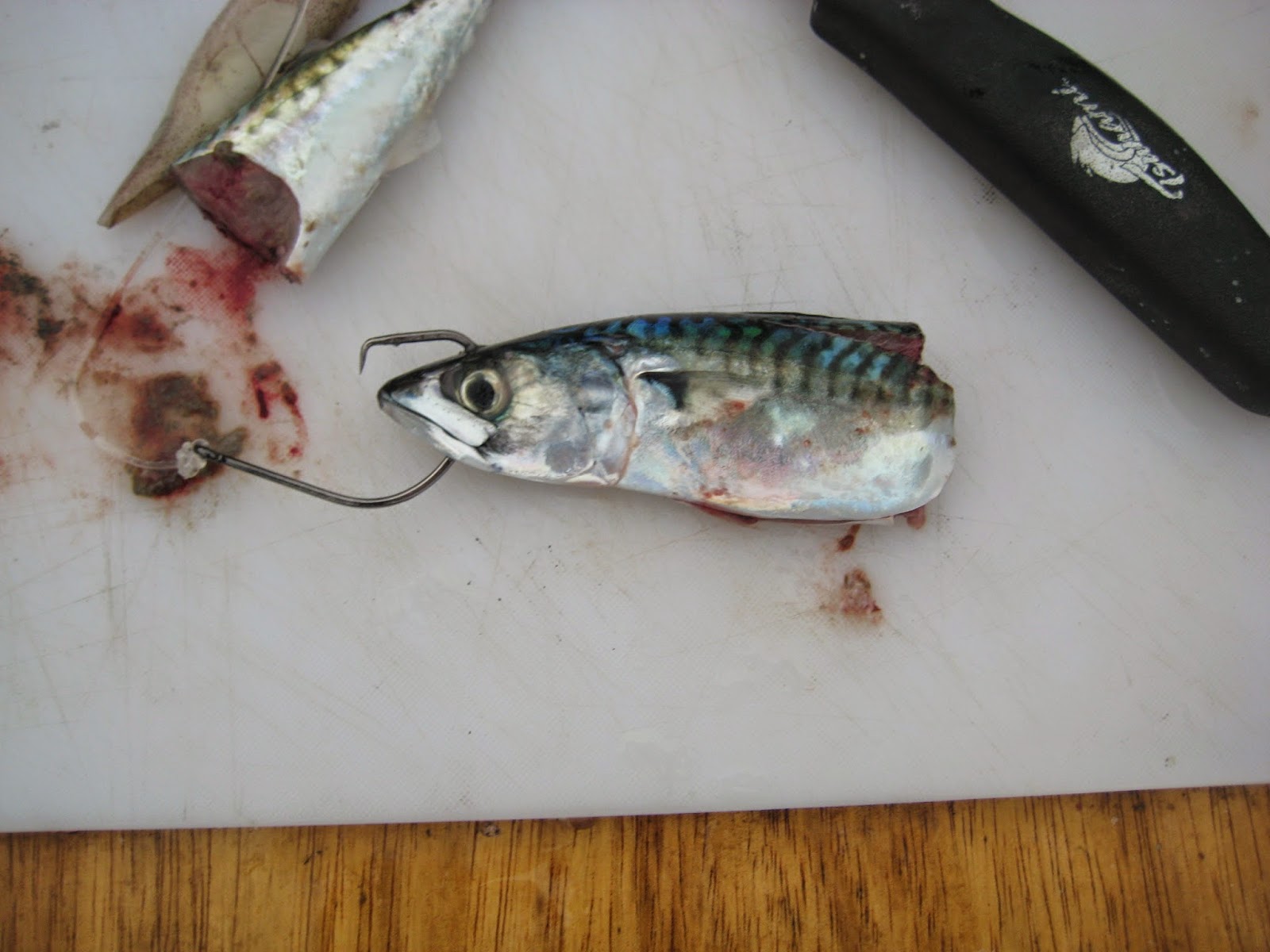 It didn't take long for bites to materialise and start up was this ten pound small eyed ray which I had to photograph, In order to to identify, as it's a first for me. 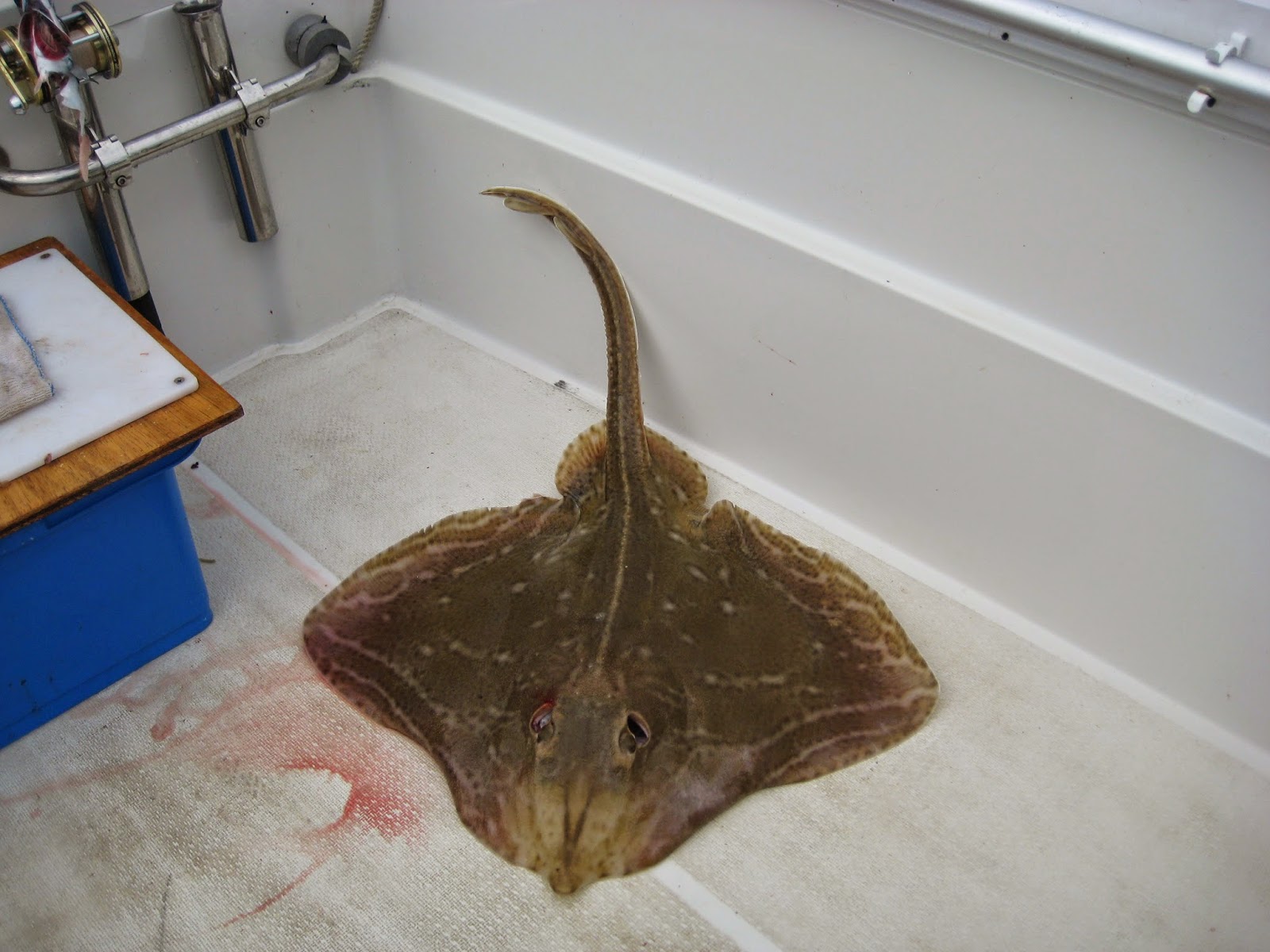 Next up was the tope(double plus) which I successfully managed to release at the side of the boat with a simple twist of the long nosed pliers .I love  tope, and will be spending a lot more time (and money in fuel) targeting these spectacular fish.Remember so far, I've only had doubles which in the grand scheme of things are mere 'tiddlers' , but they've been tremendous fun. 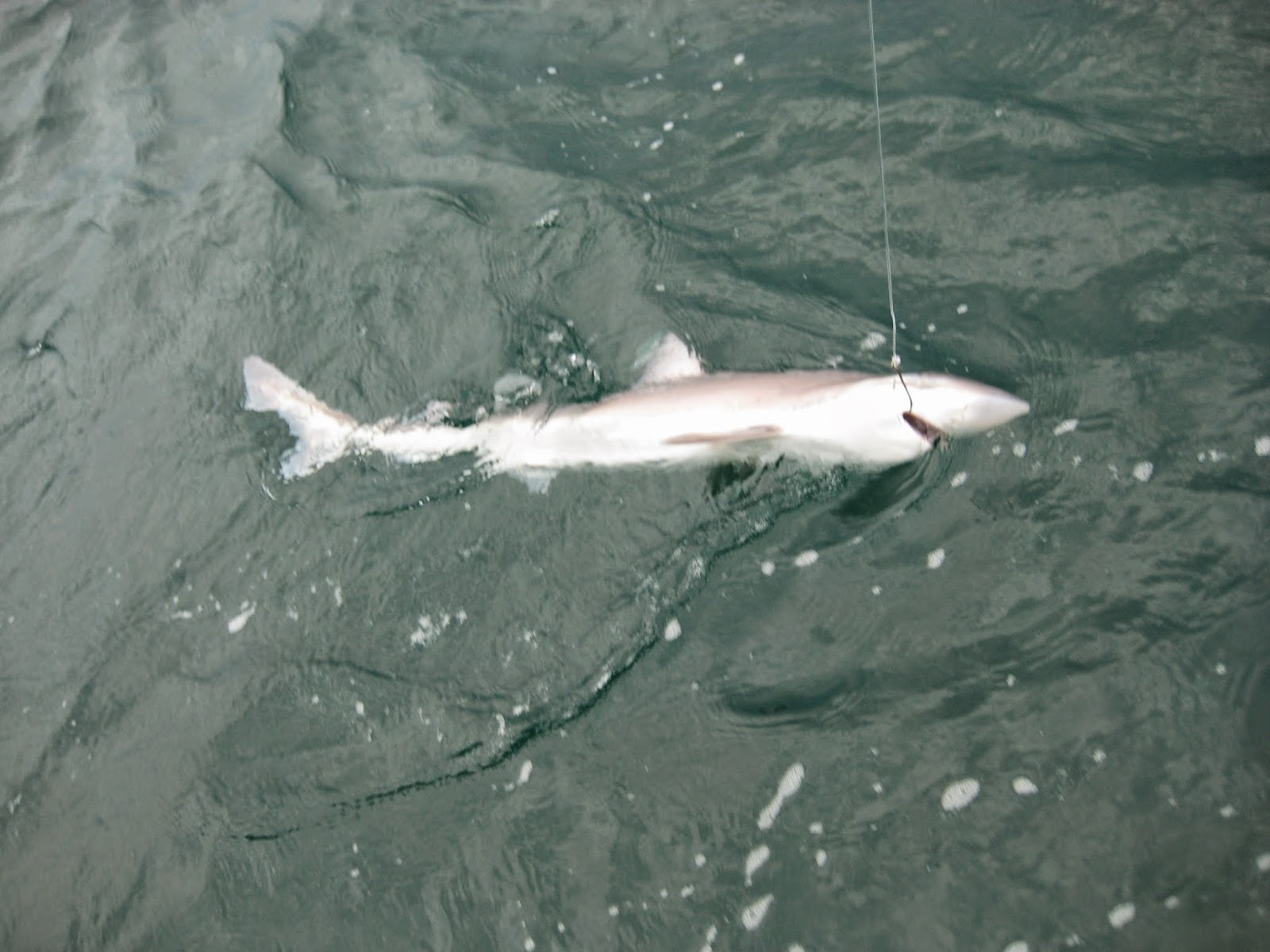 A few bumps occasionally signalled something small was attacking the flapper baits but a more significant thump had me giving slack line, and eventually connecting with this nice bass of  6 1/2 lb and my first decent example on the boat. 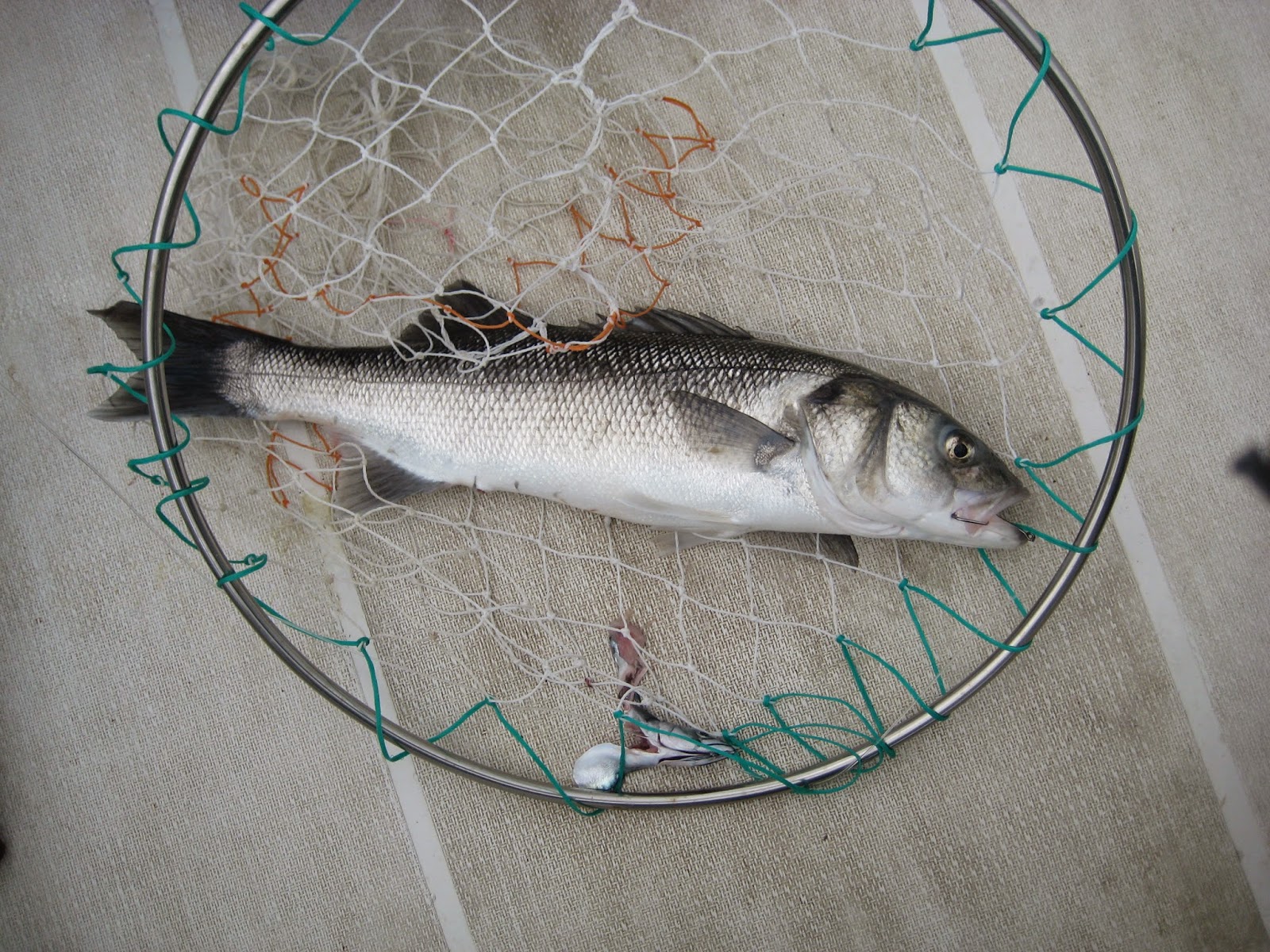 She scared me a little when she went back as i think I shocked her a bit by managing to drop her in the sea from the weigh bag.She floated along on the tide belly up for a while but, eventually I was hugely relieved to see a  kick of her tail....and she was off.
All the above came to the flapper bait with the circle hook , and all three were cleanly hooked, and easily unhooked and released. I'm definitely going to develop my fishing with these hooks as It does make life so much easier....................................and long as I can remember not to strike!
A doggie came to the light rod but then the wind whipped up a little, and a storm complete with thunder and forked lightning looked imminent, so I chickened out, and hi-tailed it home in order to make the tide at the entrance, tucking under the cuddy to shelter from the deluge in the process.Only my back got wet.
Ted was out over the Spur and had decided to do the same thing at the same time so we met at the river mouth and motored in together. It must have looked pretty cool- the brace of 520's
Made the bar o.k but didn't quite make the mooring and had to return later this evening to move , and spruce her up.