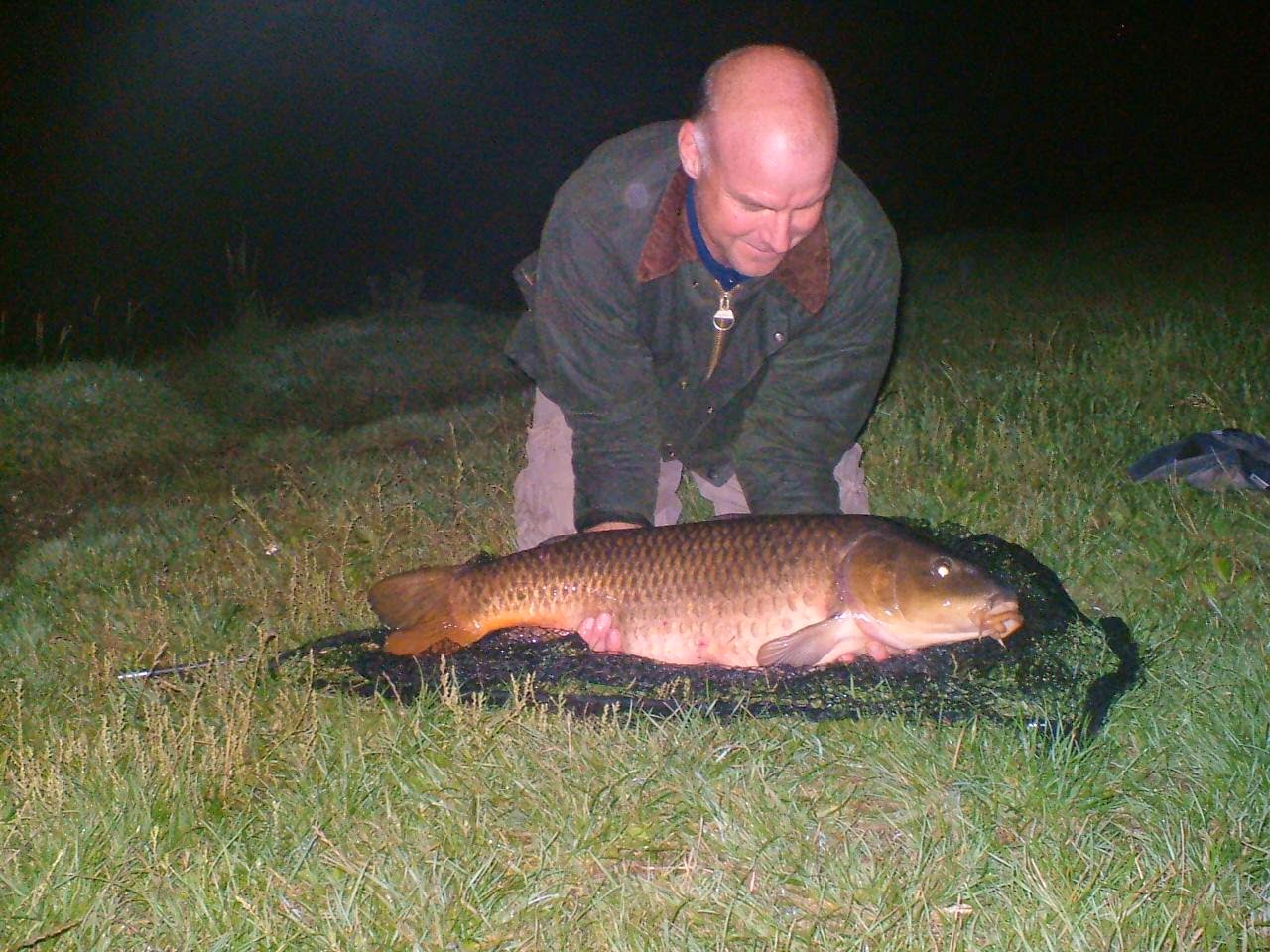 -a superb 20lb plus common. Since then I've had occasional attempts at trying to catch a few more, usually at the beginning of the coarse fishing season, and with some limited success.
I'm not really an enthusiastic carp angler, and indeed have never pursued the still water variety, but despite not reaching really impressive sizes, river carp do hold a fascination for me.
Dave Nevatt returned to the scene of Friday's carp fest last night and scored with two fish. I could've kicked myself for not joining him but instead, decided I'd try after work this evening.
Tide was ebbing, which is how we like it, but I wasn't that confident that they'd still be around.
To my surprise I picked up a run on the first cast, hooked up, had it on for a few seconds, definitely a carp, and then she was gone. Bugger. Missed my chance again. Fished on into darkness but nothing further happened.
Back to the drawing board for this little project.