Todays little trip really showed the advantage of having the boat on the mooring. Realistically, I only had about three hours spare from 1030-1330 .
Started off at Charlie's mark or thereabouts, with the intention of trying for some hounds, but began by feathering up a couple of fresh mackerel. Only dogfish showed and the weed was a serious issue perhaps due to the amount of pair trawler activity there is of late.
A move to deeper water was in order and ,looking on the chart plotter, Phil's Skate mark was nearest and only a ten minute run at flat out speed on the calm water.
Anchoring up, I was immediately concerned by some pair trawlers in the vicinity and decided to get out of their way. I settled at Black Ledge for the last couple of hours. It wasn't hectic but I managed bream, dogs, a small thornback and a bonus spotted ray so, all told, a very pleasant trip out in beautiful weather. 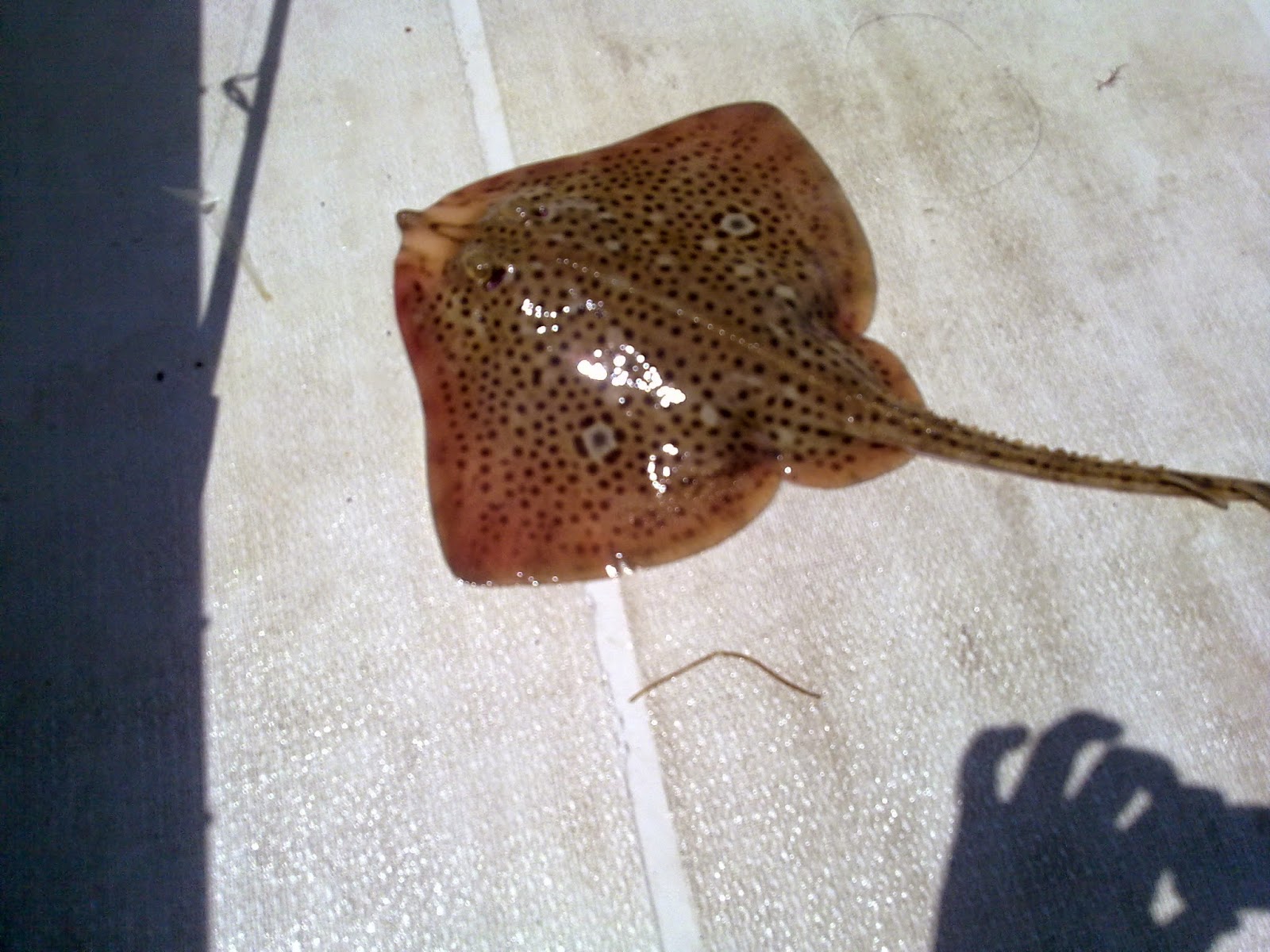