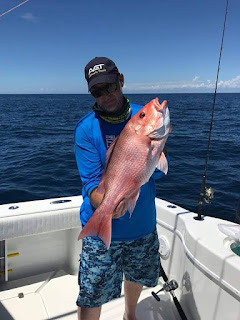 I was extremely  fortunate to be invited to spend two weeks in Cape Canaveral ,Florida at the home of marina neighbours, Brian, Karen and Martin, and sample some of the fishing they have available to them . The family own two boats, both kept at a dry stack marina, a 39ft centre console with 1050HP on the back, and an equally impressive 22ft flats boat with a measly 200hp outboard to push it.
The boats are lifted in and out of the water by the biggest forklift truck I've ever seen-an impressive sight in itself.
Apparently, not that I noticed, the fishing was slow in comparison to what they're used to but we still encountered some spectacular species including cobia, red snapper, king mackerel, bonito, barracuda and a 200lb sandbar shark which kept Martin and me occupied for an hour, and had the audacity to interrupt our kingfish fishing. (shark are not rated highly as a sport fish out there).
When the weather forced our hand, we explored the inland waterways hunting snook and tarpon unfortunately with little luck, although I did get to see both species momentarily on the end of our lines.
As an aside, as a confirmed space cadet (I was 9 when Armstrong walked on the moon) I got to realise a lifelong ambition of seeing a rocket launch from the Cape, and visit the Kennedy Space Centre which I wouldn't hesitate to recommend to anyone who has a similar interest in the space programme.
A highly enjoyable visit that I hope to repeat in the future. 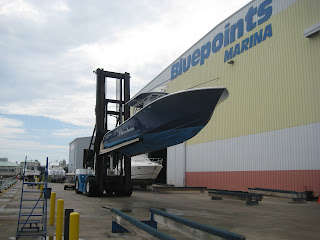 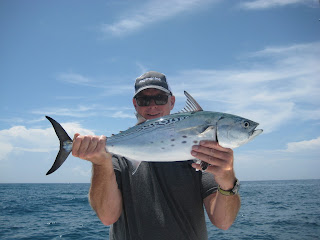 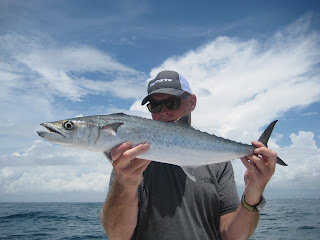 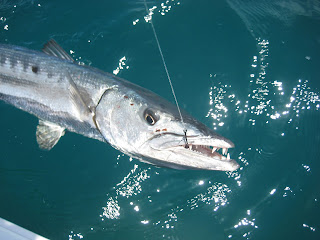 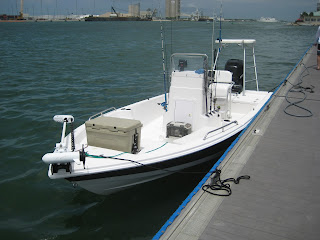 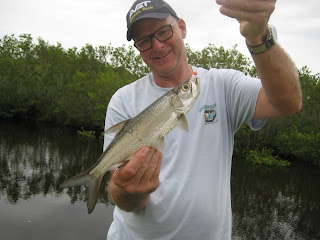 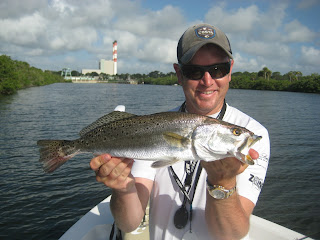 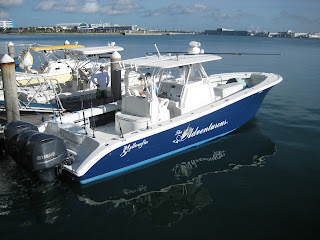 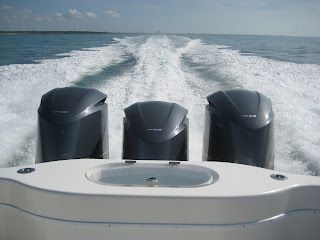 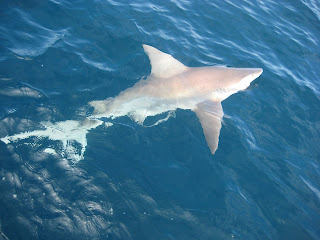