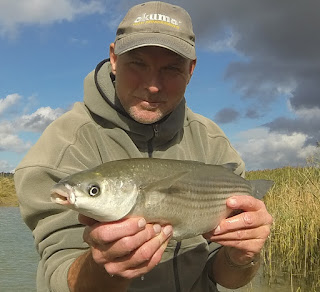 Two mullet trips in contrasting tidal conditions;
I've been away on holiday to Yorkshire and not cast a line for a whole two weeks!! 'How on earth did you manage ?' you may well ask.
To be fair, it was wholly my choice as my better half did urge me to pack some fishing gear in the van but for some reason I resisted-perhaps feeling that I needed a break. Fear not dear reader, I've not completely lost my marbles and the holiday was not completely devoid of angling input.
Whilst In Yorkshire I happened to conveniently stumble across  a famous, and  almost forgotten pike water from the past. A brief stroll along its banks provided much useful information for a possible future visit.
In a tackle shop in Whitby, a very fruitful conversation about porbeagle shark fishing with the proprietor provided many useful tips and finally, on the return journey, the startlingly scenic River Wye was visited with a view to sussing out campsites for future barbel forays.
﻿ 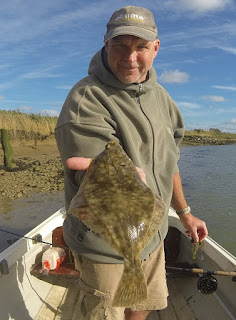 On returning home however,  I was literally itching to wet a line and with the sea too rough to venture out in, the river boat was put to good use chasing thick lipped mullet in my local estuary.
A small tide was very useful on the first day and provided me with four fish to 4lb 1oz all on trotted flake in rather murky, overcast conditions. plenty of fish were apparent in the river and they were all plump, fit specimens having probably spent the summer sifting the silt and munching weed. 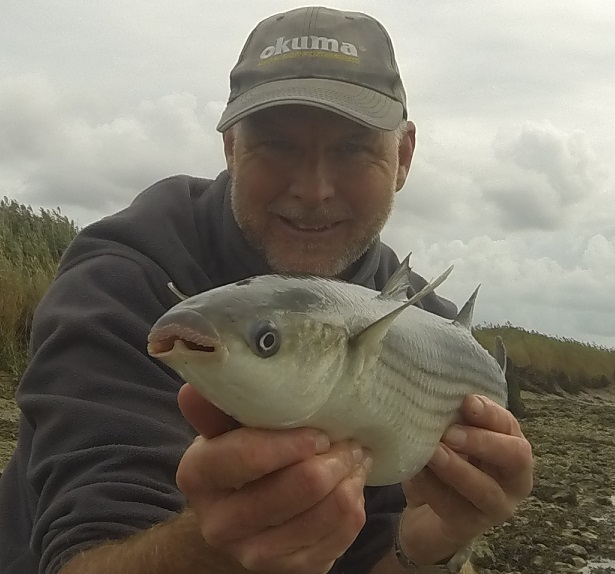 ﻿
Three days later and my return trip was undertaken in beautiful sunny conditions, but a much bigger, and far more challenging tide. I started by legering a mudflat and had bites almost immediately but, as Is the norm for this location,and although briefly hooking two fish, I failed to bring them to the boat.
Quite why this phenomenon occurs in this swim is, and always has been a mystery to me. A switch to the float rod produced an immediate result -a bite connected on the first cast and a 3lb 12oz mullet .What a relief. But, there were no more mullet to follow that day. As the tide ebbed I moved the boat down into the main river flow and trotted a shallow that usually provides plenty of fish but not on this occasion. The only bite came from a flounder of all things-the first I've ever taken from the river on float fished bread! 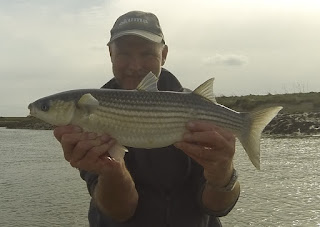 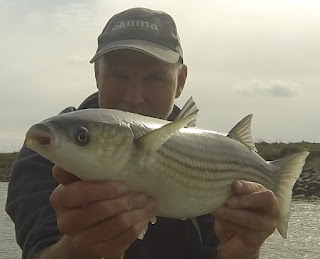 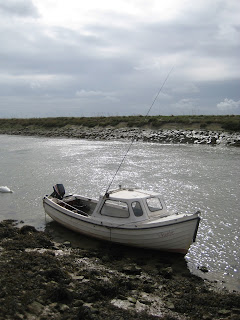 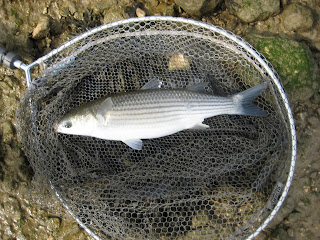 Beached mullet
Hopefully these mullet will be around for a while yet and allow me to have another shot at them before they leave the river for the winter season. We're experiencing quite a mild October so I suspect that will be the case.
Posted by Unknown at 14:16