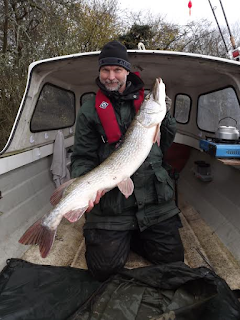 18lb 12oz
Another session afloat and, once again,  those dull , mild conditions were present that 'our' pike seem to relish................... a lot.
Three nice doubles today- the 'eighteen' above for me- a rather scruffy old girl with a huge head that would suggest that, in her prime, she would probably have been at least a mid 'twenty'..........and two for Dave a 'fourteen' and a  'sixteen'. An upper single each finished off the catch nicely.
My fish both came on a huge whole mackerel bait- a method I've not tried before but one I'll pursue inn the future particularly if the water clarity is poor. 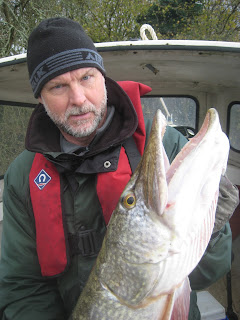 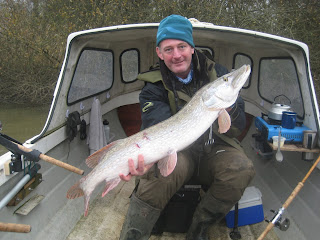 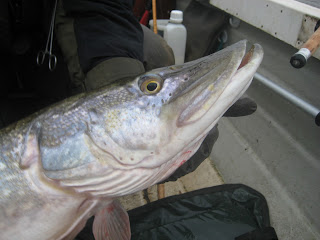 Clive, one of my blog readers has informed me that he has finally been able to leave a 'comment'- something he's not been able to do for some time.
I've not made any alterations to the settings on here so I've really no idea why he's suddenly been able to do this but, if any other readers feel like doing the same, go ahead. You don't need to have anything in particular to say, just a friendly 'hello' will do. At least then 'I'll know that there's someone other that Clive reading all this .