A very pleasant day's fishing at Mercury Marina on the River Hamble chasing thick lipped mullet on the bread feeder.
Two rods were employed along with a bucket full of liquidised white bread but only one bite all day resulted in this small mullet of about a pound. It certainly seemed as if the fish were absent as none of the usual giveaway whelms and surface movement was apparent, and I was also quite surprised that no school bass were about either.
In fact , the 'word on the street' is that mullet numbers generally are down everywhere this year but I suspect its only a temporary situation and , as occurs with many species, we do see the odd year when stocks appear to be low.
This venue has produced well for me in the past and is one of the few mullet locations that I've fished where you can comfortably leger for a few hours over the twin high tides that occur because of the Isle Of Wight.
With September just around the corner, the best time of year to target these fish approaches and I suspect I'll be having a go at them on the Arun before the autumn is finished. 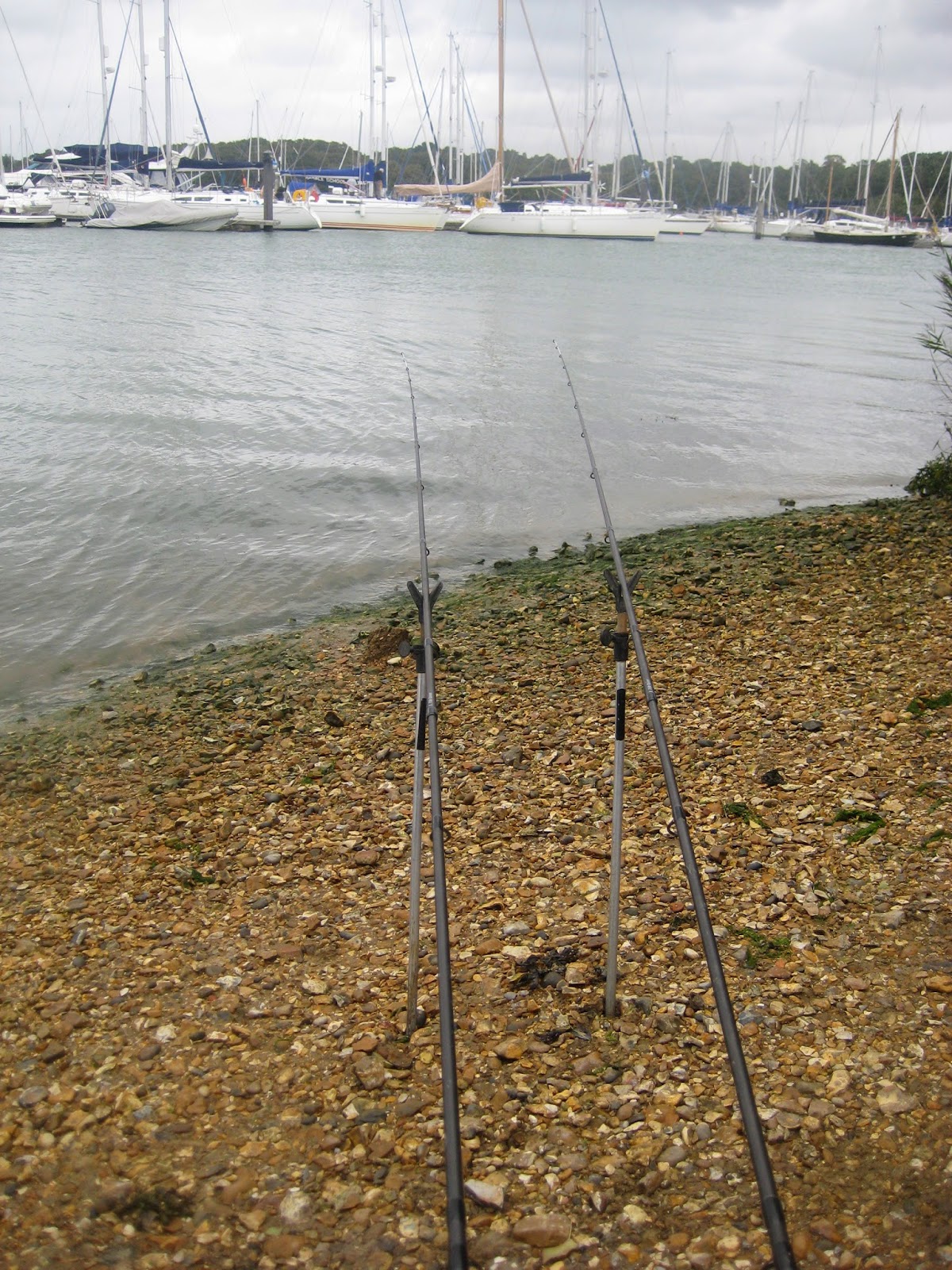 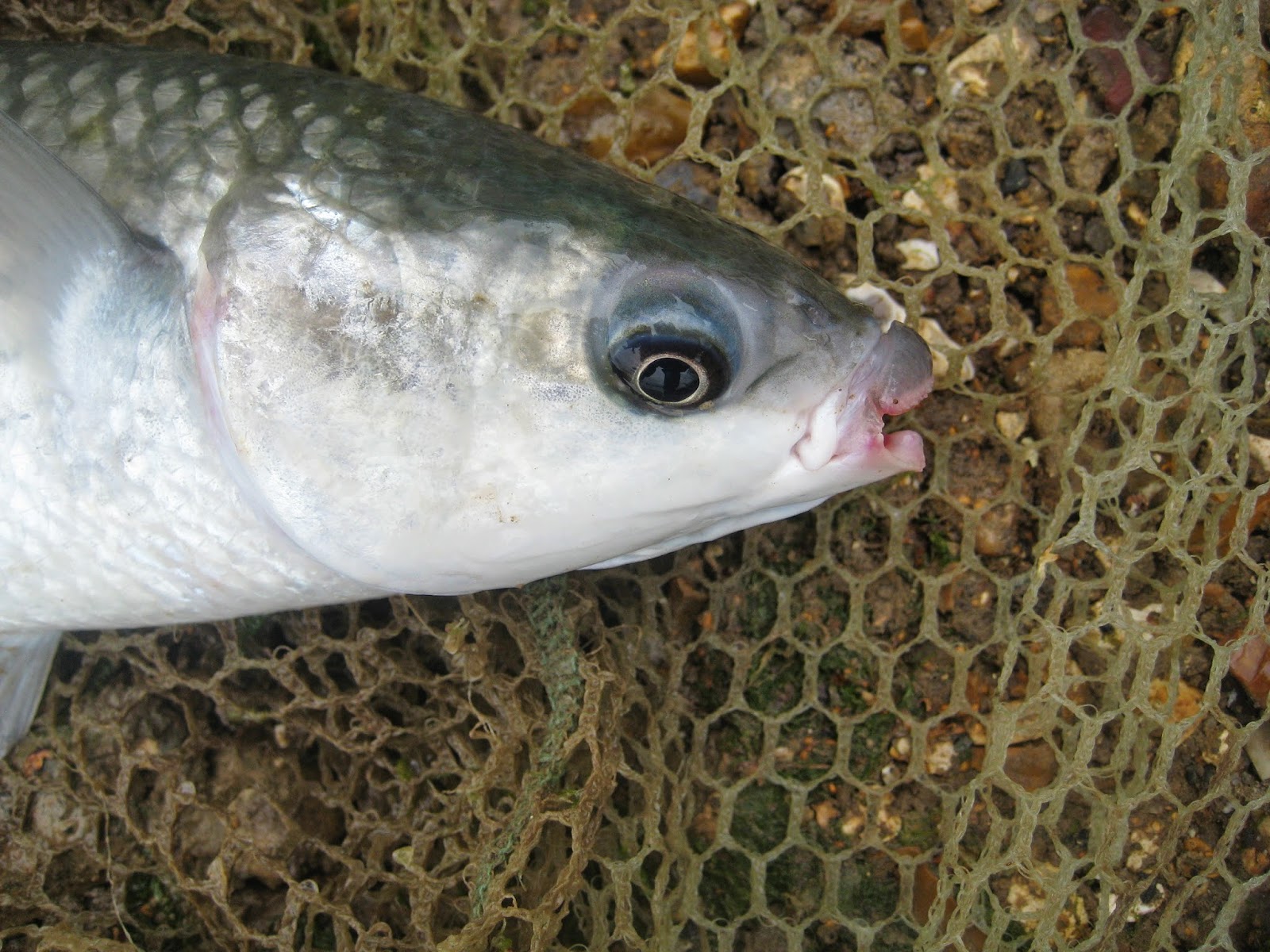 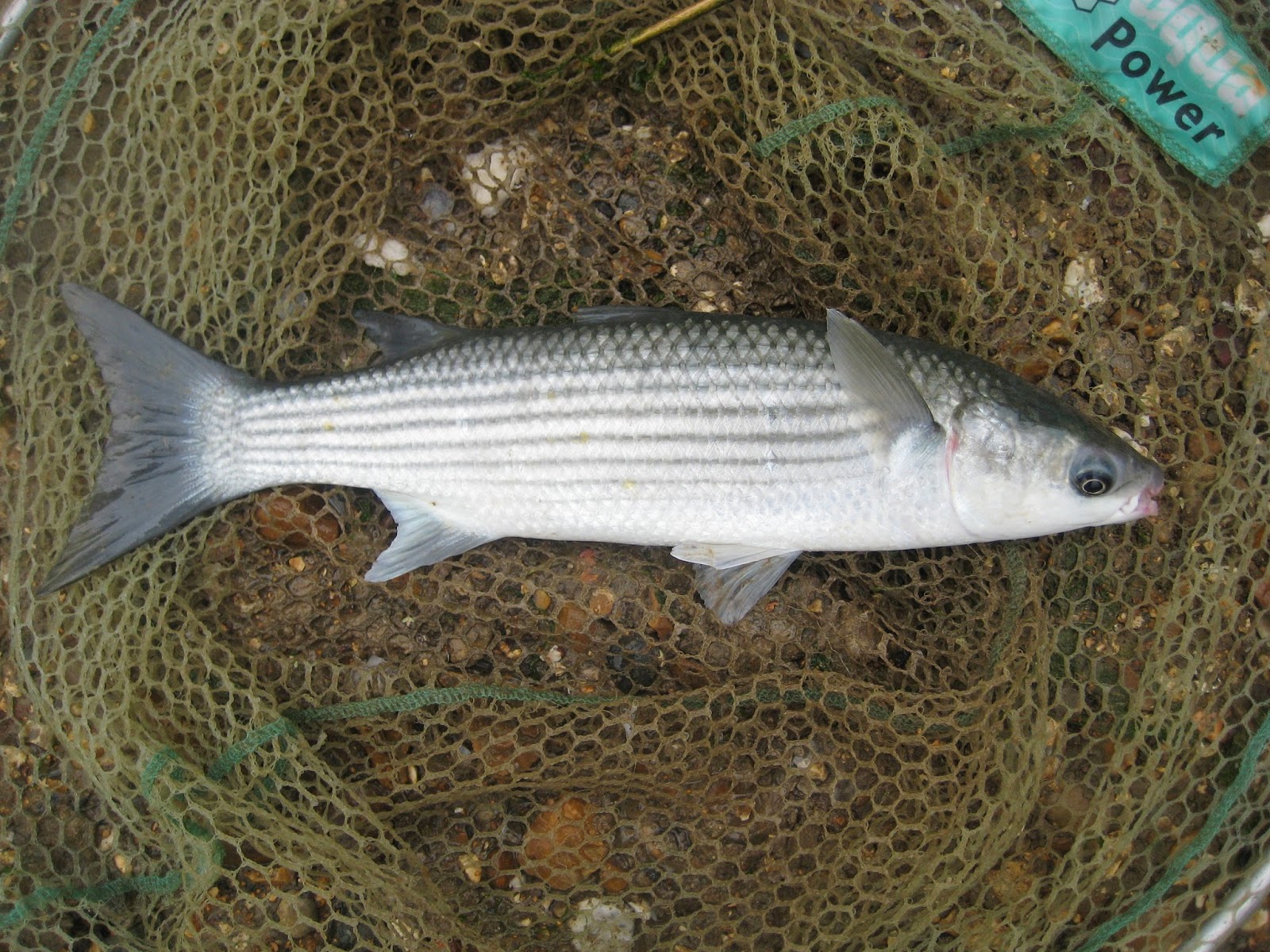