Returning again to our newly found 'hot spot' saw Dave see me off yet again with three pike landed-one a decent double whilst I missed my chance, and a  birthday pike, with one dropped run on the first cast.....and a lost pike, definitely in double figures, on the subsequent chuck out- a fish that stayed very deep during the battle which lasted for barely a minute.
In addition, Dave experienced two dropped runs and a lost pike so it was an action packed session, all on dead baits, despite the air temperatures being very low. We sat in the one spot all day and the majority of the action was during the ebbing tide. 'Yellow Spot' which turned up on my last visit ,was one of the pike to show up again today.

I am now becoming rather an expert at landing , and photographing Dave's pike but the boot could so easily be on the other foot, as it has so many times in the past. 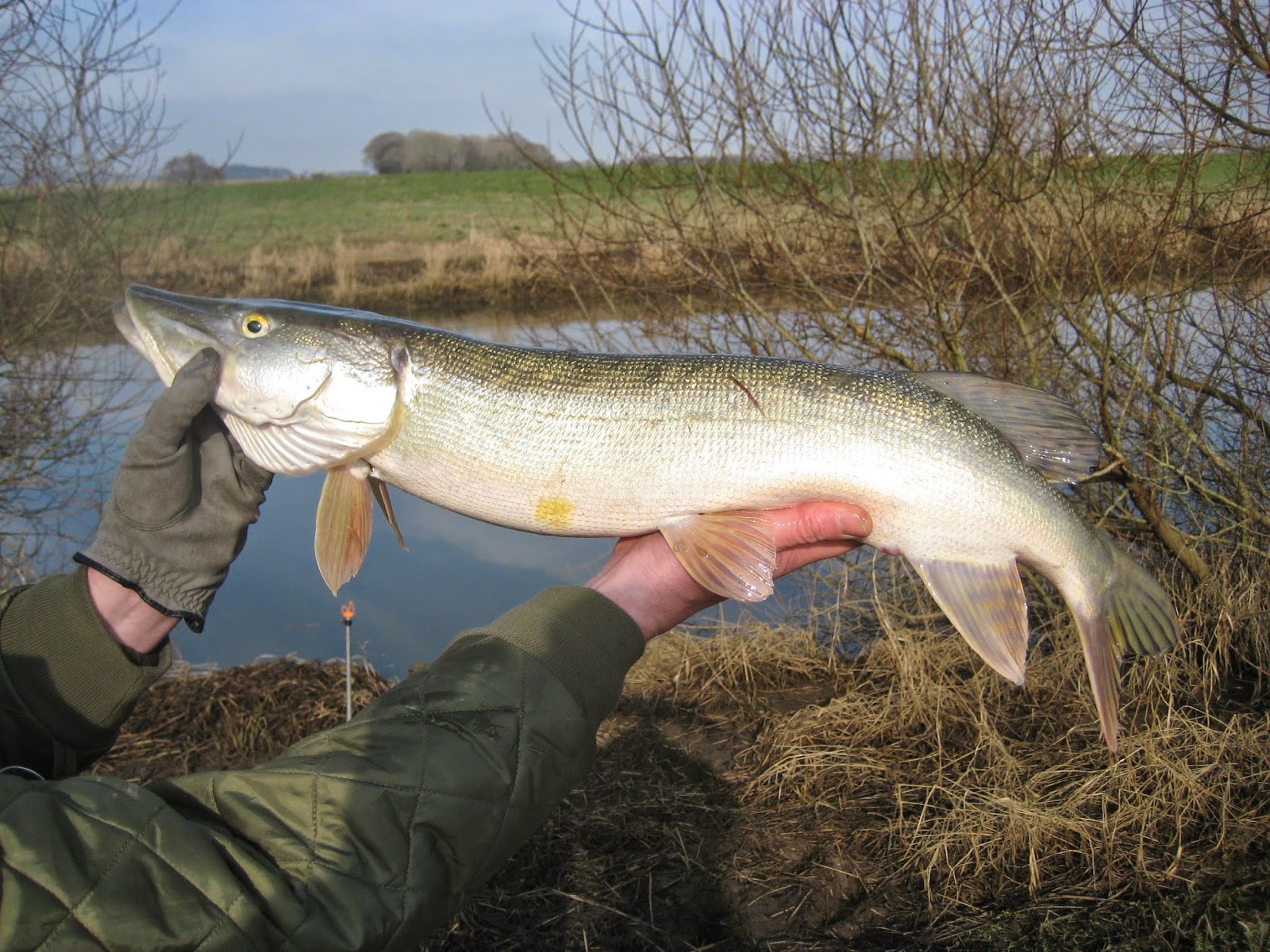 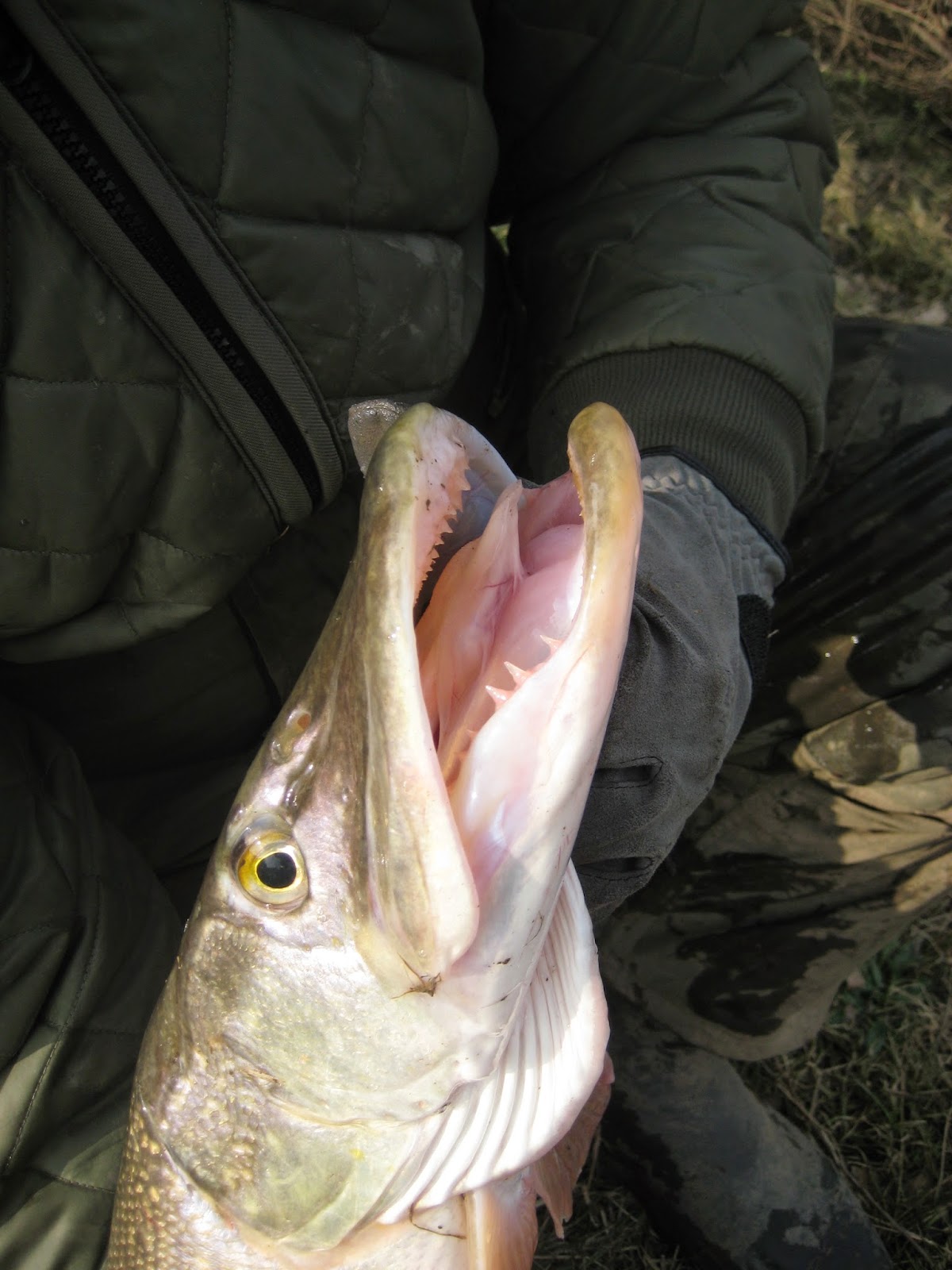 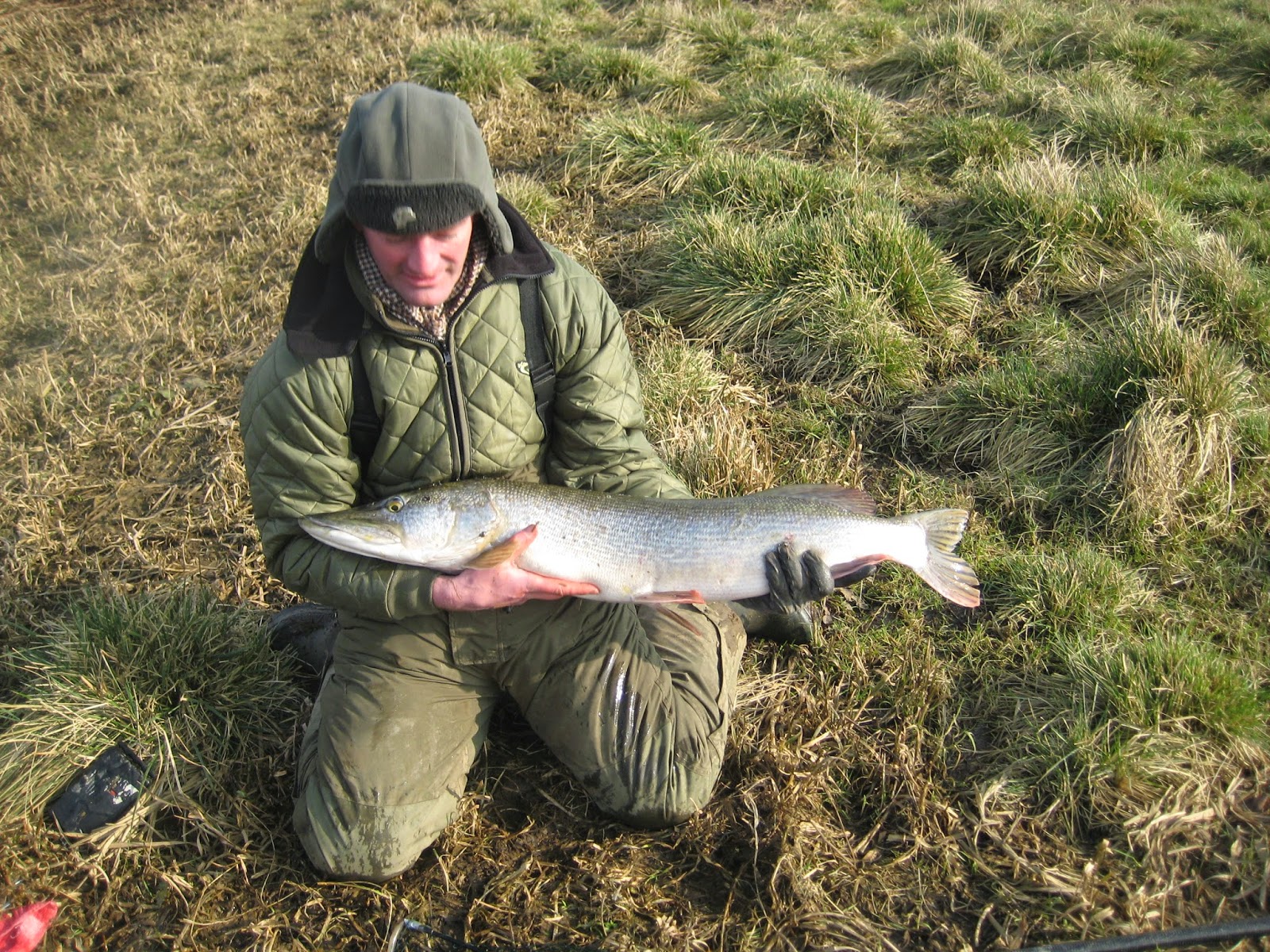