It's been a very lean December fishing wise with this, only the fourth fishing trip of the month. Unfortunately my main boat engine has caused me some problems which thankfully now, seemed to be sorted.
A couple of weeks ago I'd intended to get out on a cold frosty morning but, although the engine fired up to begin with, some very erratic cutting out before I'd even left the pontoon, led me to remove the boat from the river and investigate the problem at home.
On that same day Brian , a neighbour at the marina offered to take me out as he was going solo. Unfortunately , his engine suffered some similar running problems and we were forced to abort before we'd even left the river. Not a good day.
With the boat at home and having gone through the basics, I suspected a fuel problem so stripped the carb down for a clean up.Unfortunately, it was perfectly clean but at least the engine appeared to start and run reliably on the drive.
I say 'unfortunately' because it meant that I had not successfully identified the problem so, it was with some trepidation that I returned the boat to the water for a test up the river. Things started well but again, the engine died suddenly leaving me stranded for a while as the auxiliary was proving extremely temperamental to start.
I nearly had to employ the services of the marina but. at a £100 for a boat rescue, i think it was sheer determination that eventually led me to successfully start the little 'donkey' engine,  limp back to the marina, and spend another twenty quid just to have a tractor drag my trailer twenty yards up a silky smooth slipway! I even hitched the trailer and loaded the boat myself, so at a £1 per yard I think the marina is somewhat taking the piss out of me.
Back home again and she fired up and ran perfectly....until I stumbled across a possible cause for the problem by accidentally shorting out a coil lead. On closer inspection, a tiny, barely visible piece of insulation was missing from the wire causing it to momentarily cut power when earthed against the engine block......and it was probably the motion of the boat that caused it to die on the river. A quick bit of fine tuning to both engines was also carried out before putting her back in again.
This time I enlisted the help of Steve, a cheaper option, the drive the rig whilst i dropped her in  at the public slip and tentatively sailed her up to the mooring. She seemed fine, but I needed to gain confidence in her again, and this meant a proper trip out to sea.
Today was a rare opportunity with light wind forecast and the plan was to stay relatively close in and try a simple one mark at anchor session for a few hours making sure that I had ample opportunity to return on the flooding tide if needed, which would be achievable on the little engine.
Giving myself plenty of time at the marina  I started, and thoroughly warmed up both engines before setting off to #28.The fishing was unexceptional because of the lack of a cod, but virtually a bite a drop produced an endless stream of LSD's, whiting to a 1lb, a nice thornback and a tiny dab so I'm not complaining.
Far more satisfactory, was the outcome of the engine(s) saga and I'm happy to report that my fettling seems to have given the main engine a little more grunt, making a couple of extra knots on the run home , even with the added tail weight of a newly fitted, but lighter, second bait tank battery.
So, confidence is now restored, some very valuable lessons learned , and it was pleasing to get that 40th trip of the year in before the end. 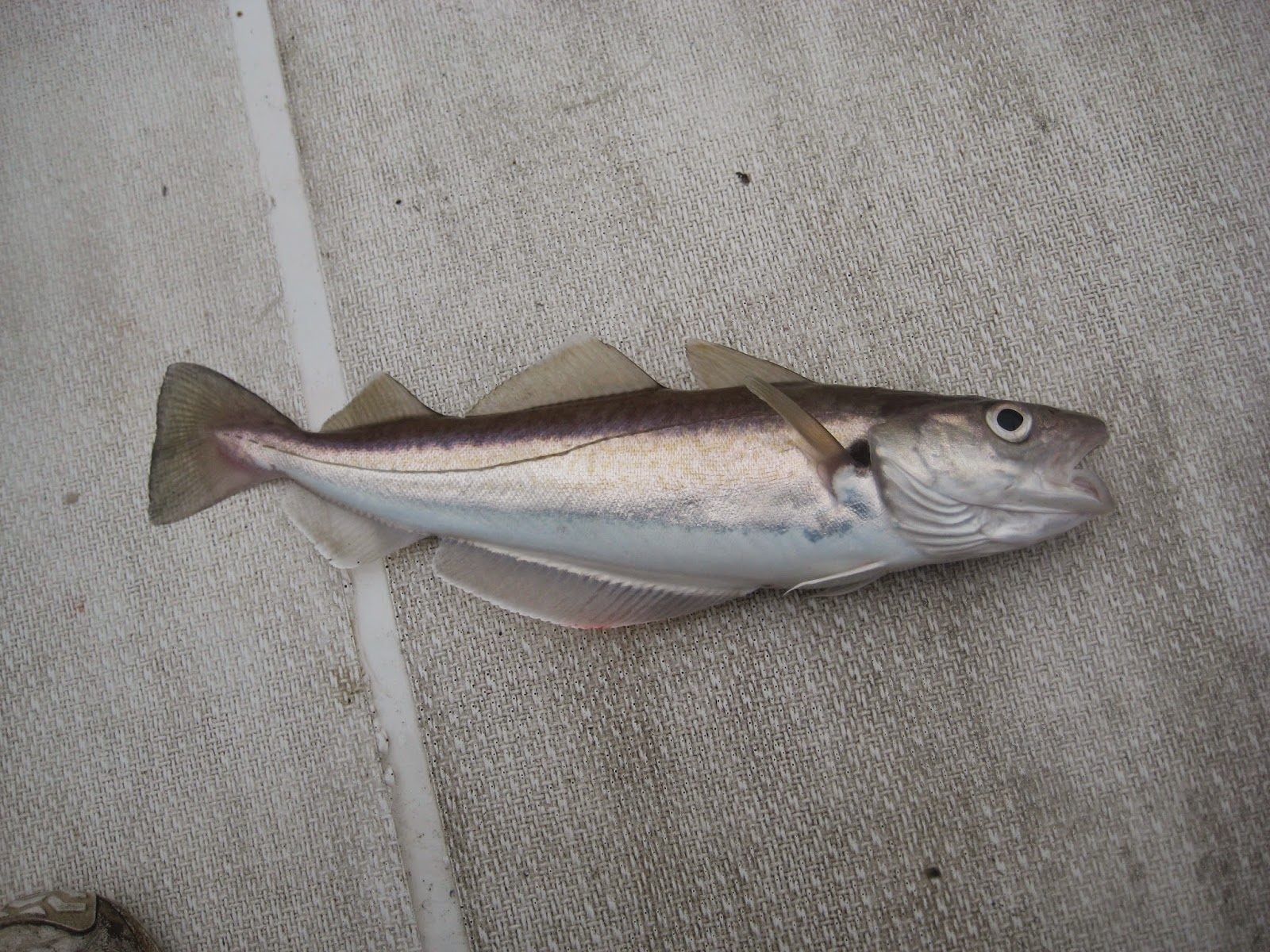 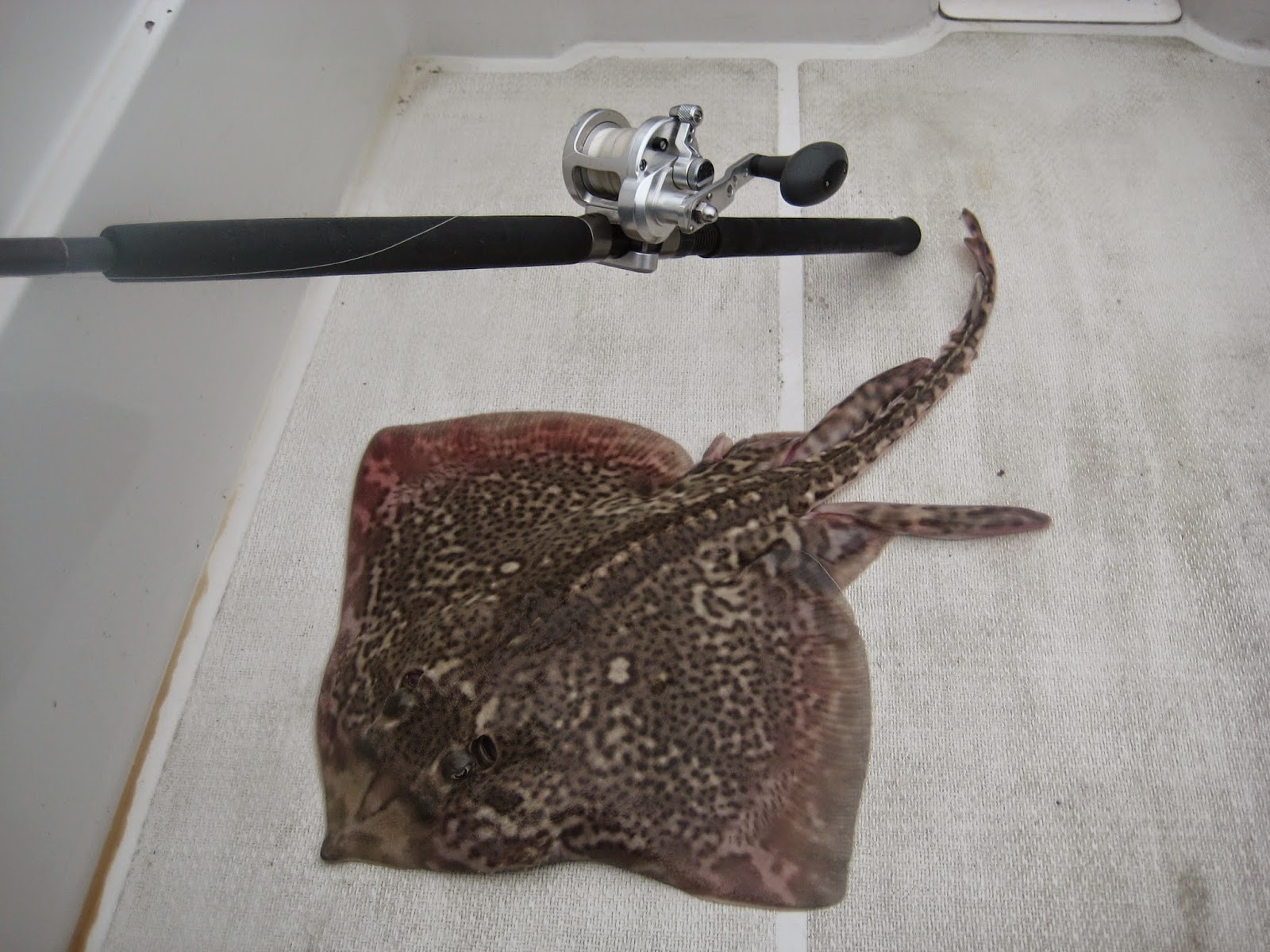